Alright it’s already February  (how’d that happen?) and I planned to post this as a healthy new-years resulotion-type recipe. Oh well, better late than never! This is a nice, light and healthy recipe inspired by a Mediterranean cous-cous recipe my mom used to make. I started making it back in college and people seemed to really love it. I used some of the same ingredients in this recipe and swapped quinoa for cous-cous for added nutrional benefits. I also added chickpeas (because I’m obsessed) and omitted arugla, which I think I will keep next time for some added greenery. Greenery is a word right?

END_OF_DOCUMENT_TOKEN_TO_BE_REPLACED

This was another dish we made for our Christmas feast. I had some leftover marscapone from the stuffed mushrooms I made and thought I’d try to use it to make creamed spinach. As if creamed spinach needs to be more decadent?! It worked out well and everyone loved the spinach.

END_OF_DOCUMENT_TOKEN_TO_BE_REPLACED 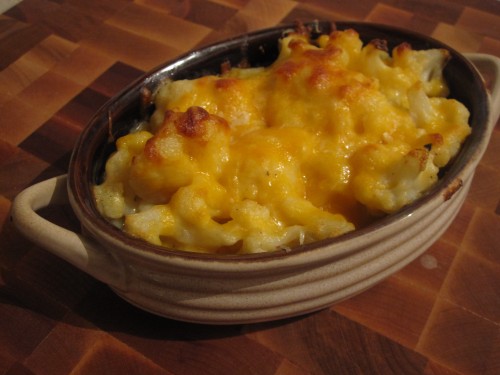 I had the idea to make cauliflower gratin and it turns out I’m not the only one! I thought I was being all original, but no, not so much. I had originally envisioned using my food processor to slice the cauliflower a la scalloped potatoes, but decided to work off the recipes I found online for my first ever attempt at making this and so kept the cauliflower pieces whole (in floret form).

END_OF_DOCUMENT_TOKEN_TO_BE_REPLACED

I am sorry to say that most of these pictures are slightly out of focus. Our camera has a mind of it’s own sometimes and I just couldn’t get it to agree with me when I was cooking today. I was also running around the kitchen, cooking and trying to take pictures all at the same time. I apologize in advance, but hopefully that won’t deter you from enjoying this recipe!

Believe it or not, I found this recipe in a Suzanne Somer’s book several years ago. It has been a while since I made it, but I had a bunch of little eggplants and some fresh mozzarella in the fridge so I gave it a go. 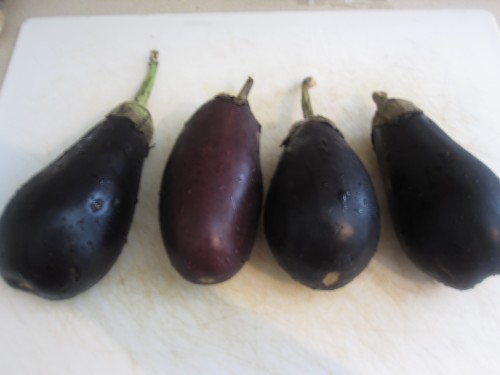 These guys were little.  I got them from a farmer’s market (this is about half of what I got for $2.50).

The first step was to slice up the eggplant and roast the slices in the oven for about 20 minutes with a little olive oil and salt and pepper.

While the eggplant was cooking, I made the herb spread (aka pesto), which was comprised of garlic, basil, oregano (which I substituted for parsley), red pepper flakes, and olive oil. I used the bullet for this.

I also prepped my work station for the next steps of the recipe. I used fresh mozzarella for the sandwiches, but if you don’t have any on hand you can use shredded or sliced. There is something about the way fresh mozzarella melts though that makes it extra special, so I definitely recommend it for this dish. 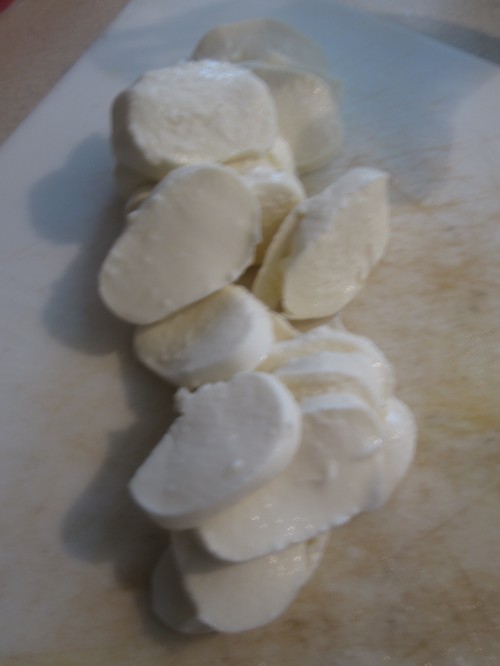 After assembling the sandwiches, the next step is to dip them in egg and coat them with grated cheese. So I prepped my egg dip and cheese for that as well.

Now for the sandwich assembly…

Next, dip the sandwich into the egg and then roll it around in the grated cheese to coat. 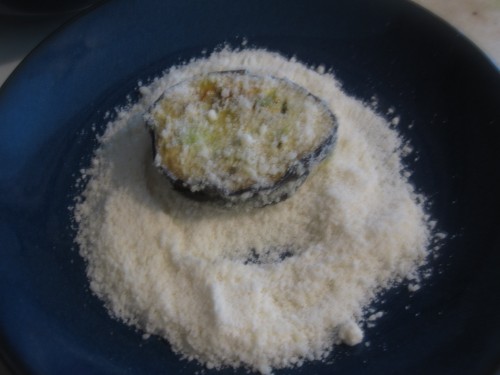 Once you have all of your sandwiches coated it’s time to fry ’em up. They just need a couple minutes per side. Enough time for the cheese in the center to melt and for the eggplant to turn a nice golden brown. 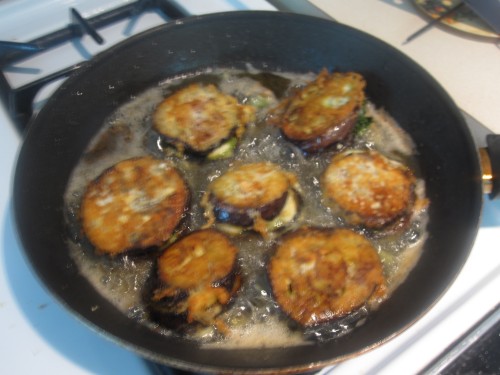 When they are done place them onto a paper towel covered plate to drain any excess oil. Serve ’em up nice and hot and feel free to add any fillings you like. I’ve added roasted red peppers before, for example. They are also good served with marinara sauce on the side for dipping if you’d like. 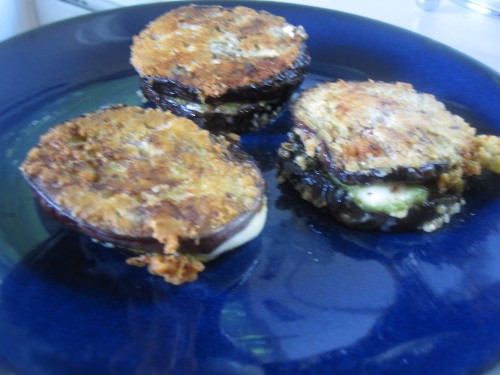 Yum! These are so good!

Ok. I know this title is a little much, but I assure you they won’t all be this awesome. Just kidding… I just couldn’t resist. This Saturday was pretty great though. We woke up after a good night’s sleep, which is always much needed after the work week. We spent much of the day hanging out and got in an episode of Big Love before football came on. It’s freezing outside so I decided to make broccoli cheddar soup for dinner, using this recipe from CDKitchen.com, which attempts to mimic Panera’s version.

This recipe came out great! The last time I made it, I tried the whole pureeing thing. I really didn’t like the consistency of it, as the tiny bits of broccoli gave it an odd texture. This time around, I cut up the broccoli into really tiny pieces and did not puree it. This left the soup velvety and thick. I think it was very similar to Panera’s version and it was delicious! Next time, if I add chicken again, I will probably make the broth a little thinner by adding another cup of chicken stock and another cup of half and half so it will be more soupy. With the chicken and all the veggies it was pretty thick, but still really good and overall, pretty easy!

Check out my new food scale! 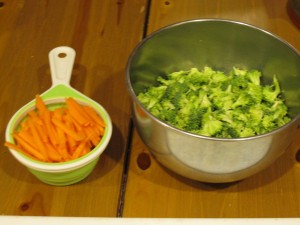 I forgot to take a picture of it once it was served, but here it is in the pot almost finished