We have made fresh Caesar dressing before and it was a huge hit.  The one difference this time was using chopped canned anchovies instead of anchovy paste. I lightly floured and baked some shrimp and placed it atop sauteed veggies for a light and summery dinner salad.  This would also be great to serve in a large quantity at a party or dinner.

END_OF_DOCUMENT_TOKEN_TO_BE_REPLACED 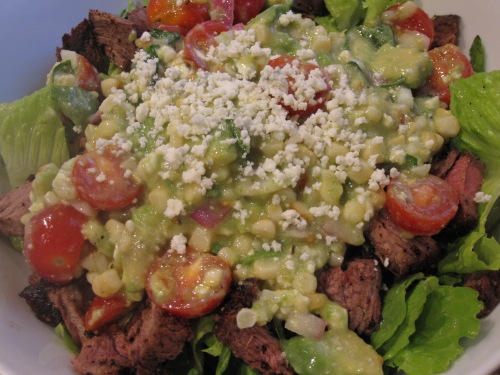 This is Greg and this is my first Kitten post!  A teacher has some summer time so you should be seeing me around here more often.  The original idea for this was black and blue steak salad and I decided to really focus on the black part and made a peppercorn rub for the steak.  I used a porterhouse cut of about 1.5 pounds which is not the typical or easiest cut for a steak salad, but they are always on sale at Giant in the summers and was a great deal for some quality meat.  With the trimming off the bone, there were some convenient scraps that had to be tested too.  When grabbing the blue cheese, Gorgonzola was right next to it and I decided to switch up the black and blue philosophy though it is not a major change as they are pretty similar.

Filet on the right!

The rub was just a combination of some dried spices and whole peppercorns that I ground in our spice grinder.  It was very loud at first and I ran it until itwas quieter but not fully ground.  I wanted to keep the peppercorns a bit coarse. 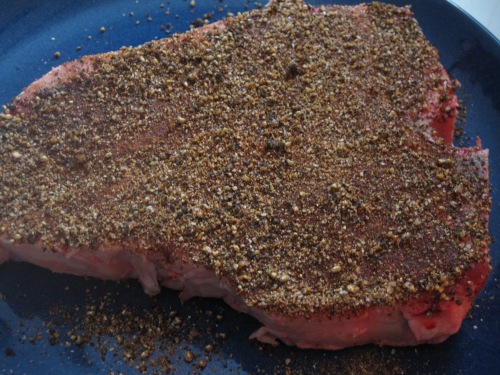 It is called a rub because you are supposed to rub it into the meat, so pour half of it on and get to work!  Flip it over and make sure that the whole piece is thoroughly covered. Grill it as you normally would a steak.  If possible, it is best to plan some rest time once the steak is done to allow the juices to set and to allow it a bit of time to cool to cut it and serve on a cold salad. 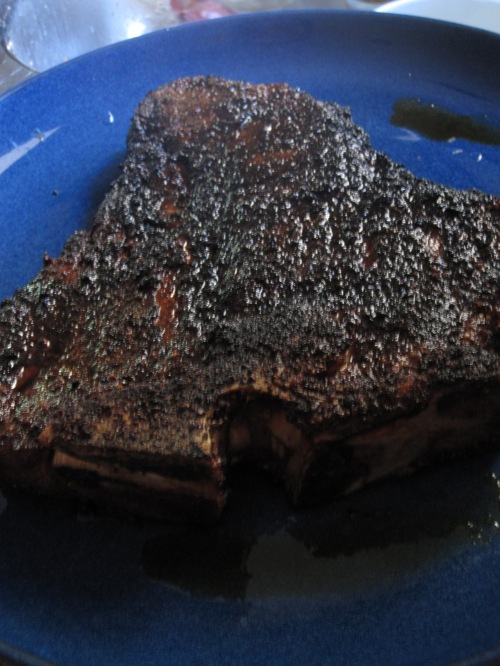 Where the term blackened comes from

Despite how it looks, the meat was cooked medium rare.  The rub just really blackened it that much.  It did not taste over spiced, again despite it’s appearance.  I let it sit for about a half an hour and sliced it up.  I kept the filet separate to make sure we got fair shares and as mentioned, many samples had to be had while carving it along with cleaning the bone.

Once the steak was sliced, I placed it on a bed or romaine lettuce and applied the salsa/dressing that I was simultaneously making. 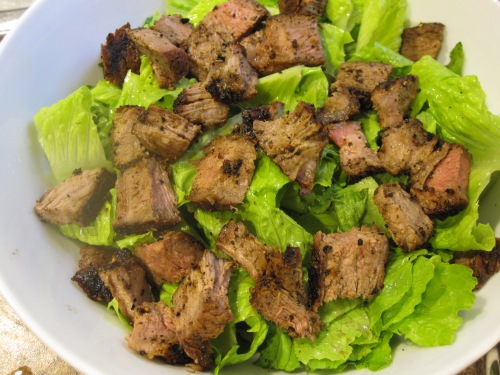 Could always stop here and add a premade dressing

I had a hard time naming the dressing because it is sort of a salsa mixture that we used as a dressing.  There were so many important ingredients also that it was hard to focus on a few to give it an identity.  No other dressing was added once we topped the salad with this.  I first wrapped the peeled corn in foil with some butter and salt and pepper and roasted it on the grill for about 45 minutes or so turning once in a while. 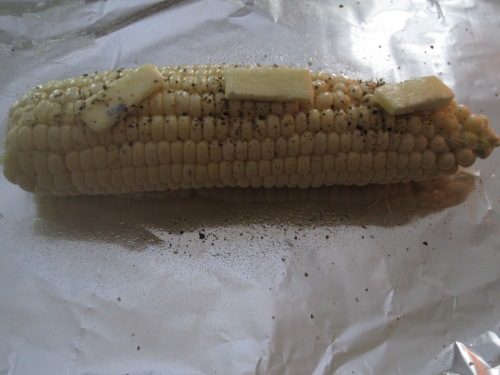 Double wrapped and ready for the grill

While the corn was roasting, I combined the remainder of the ingredients.  The lemon juice, oil, and vinegar tied it together as a dressing consistency which spread well on the salad and held the whole thing together too. 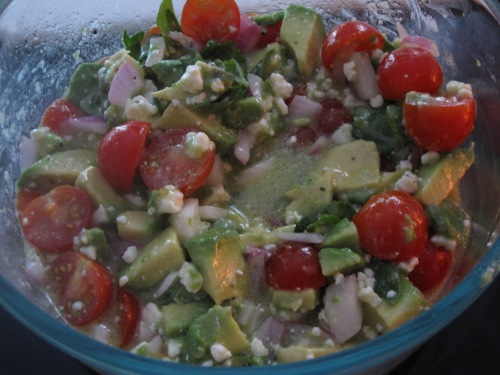 All of the ingredients for the dressing except for the corn

Once the corn was roasted, I let it cool until it could be handled and removed the kernels and mixed it in with the rest.

Apparently the center was on the most intense heat

Once all of the dressing ingredients were combined and well mixed, we used it as you would a normal dressing on the steak salad and sprinkled a little bit of extra Gorgonzola on top and enjoyed. 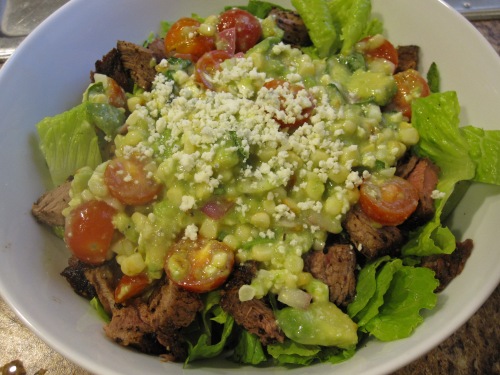 It was sort of a lot of work but was well worth it and we really enjoyed it.  The dressing was so good itself that salad bites without steak were still really fulfilling.  An added bonus was that about half of the steak bites were filet mignon which most would consider a sin to be placed on a salad but the price was so great that it was just fine.  Give some or all of it a try!