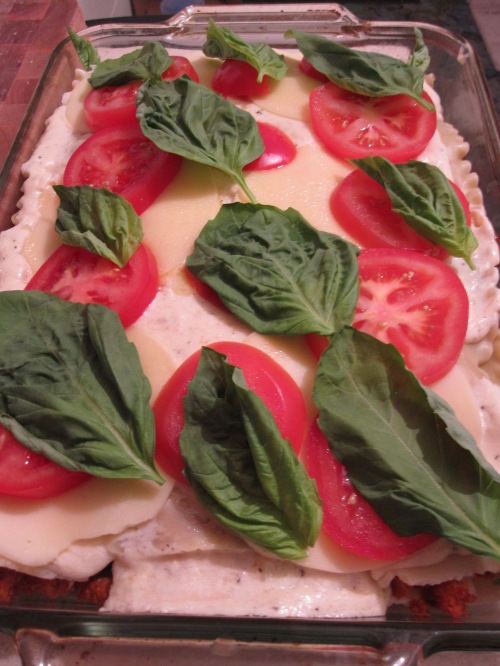 I was going to call this a white lasagna but as you will see there are plenty of ingredients that are not white.  Alfredo sauce was involved and I called on a previous recipe (which we featured twice) of ours for that.  I won’t say that this was that difficult, but it did take a while which was well worth it because it was “one of the best things I made in a while.”  That was an actual quote from Eileen about this great dish and I think she was right! 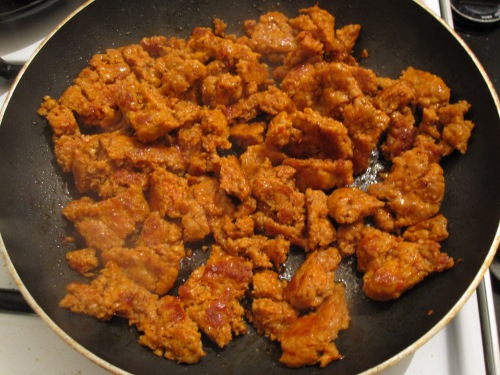 I started by browning the sausage then setting it aside until the construction of the lasagna.  As you will see, I had many things going on at the same time to get all of the different elements ready for the construction.  I was also sauteing carrots, garlic, mushrooms and spinach for a veggie layer.  That was also the order of when I threw veggies into the pot based on the different amounts of time they needed to cook. 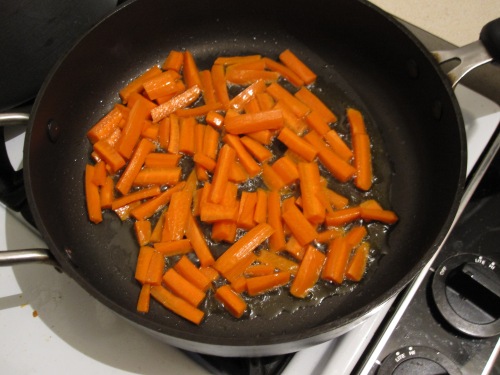 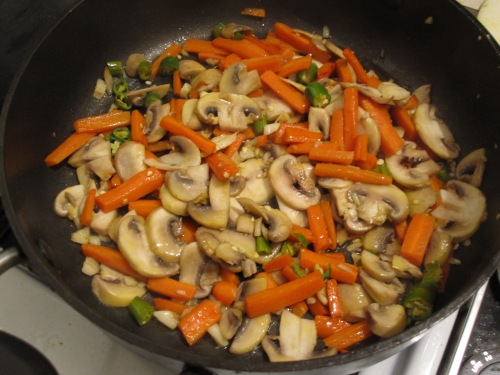 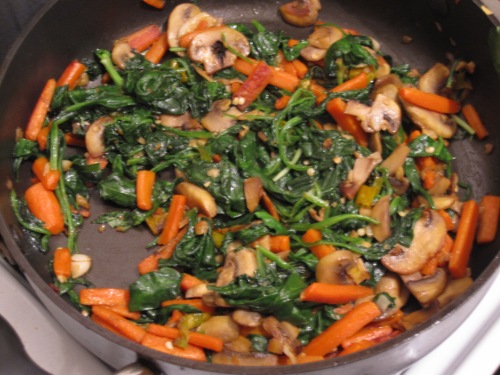 I also got the noodles going.  This is pretty much the first time that I made lasagna and there are many more noodles in a box than you will be able to fit into a standard casserole dish.  Now that I know, and Eileen told me when she came home, you can pre-plan and just cook the specific amount of noodles that you will need. 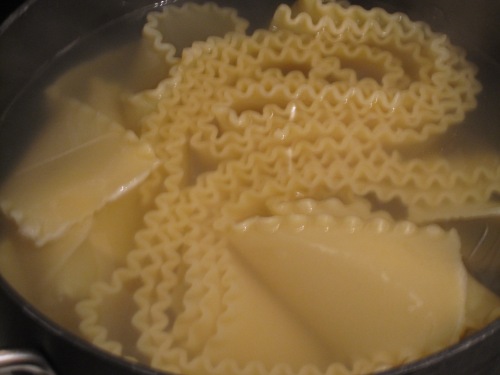 I also made the Alfredo sauce which I did not document much since it was a recipe that we had made and posted before.  I think this sauce would be good even eaten out of the litter box. 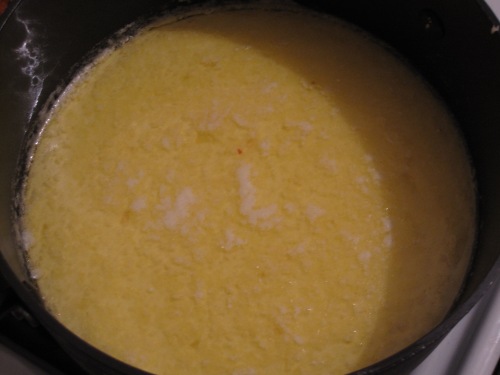 As mentioned, there was a lot going on to get the sausage, veggies, noodles, and sauce all ready to come together as one. 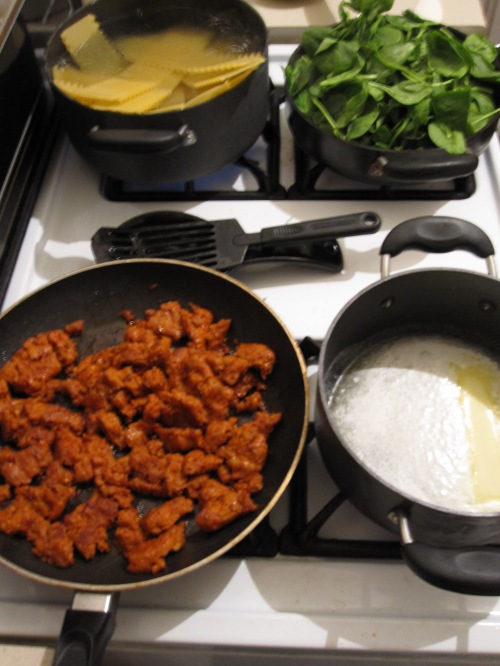 I patted the sausage, drained the noodles and let them cool a bit (don’t let them cool so much that they become a single noodle), and finished the veggies and sauce.  Now I was ready to construct the lasagna in the pan.  I did not go in a specific(also see even) pattern of layers, but it did not really matter.  Everything came together in every bite!  Another layer that did not need any prepping was sliced provolone cheese.  Here is the layer by layer construction: 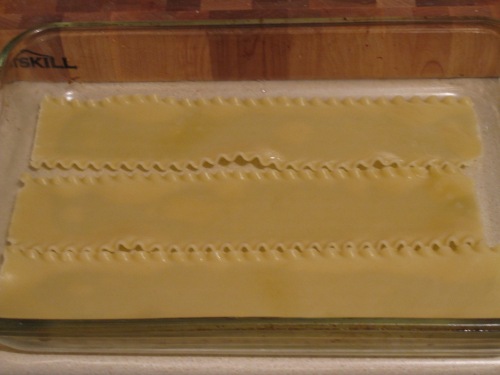 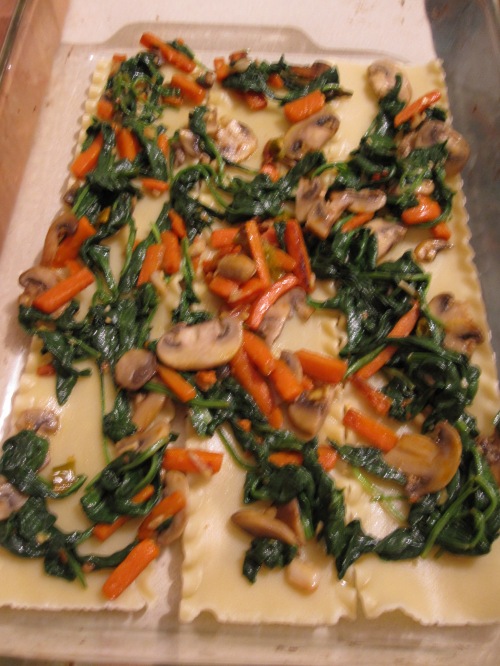 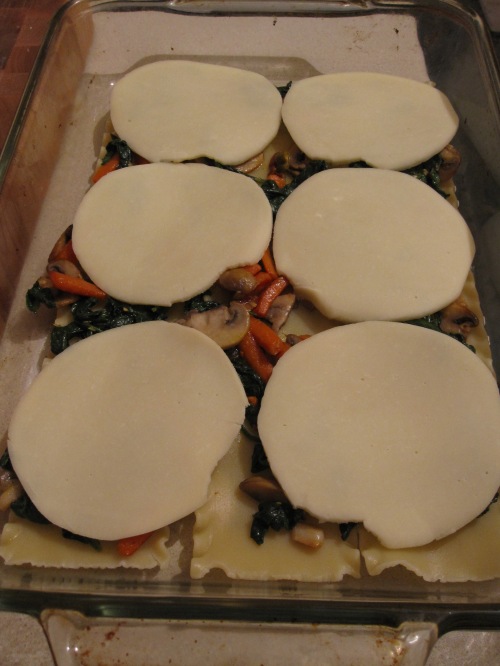 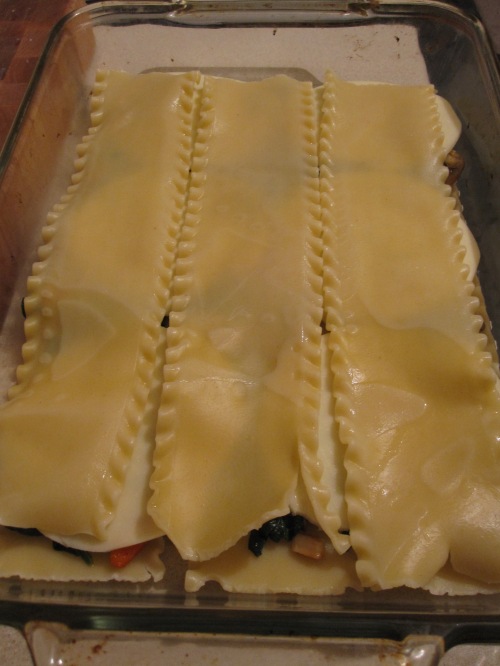 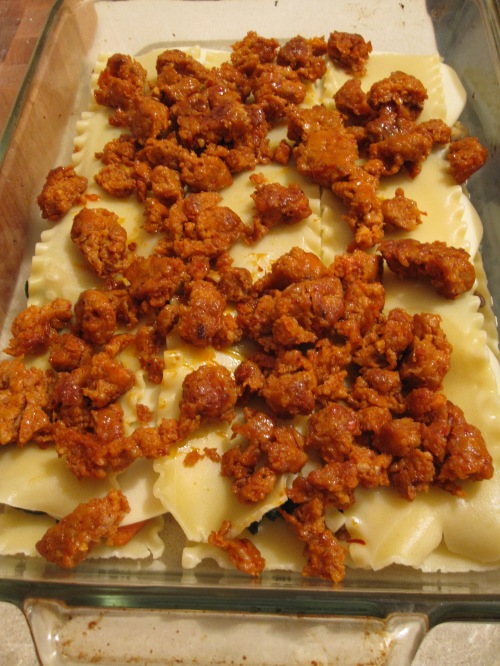 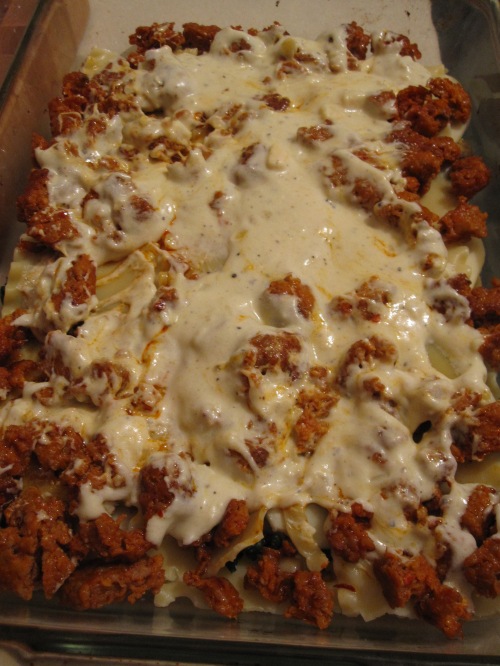 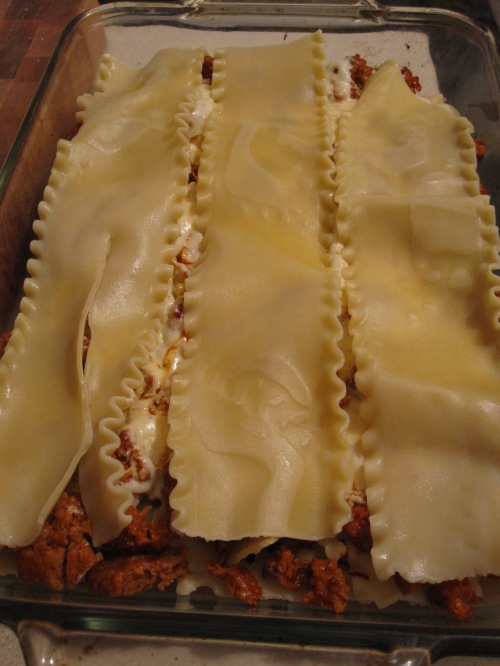 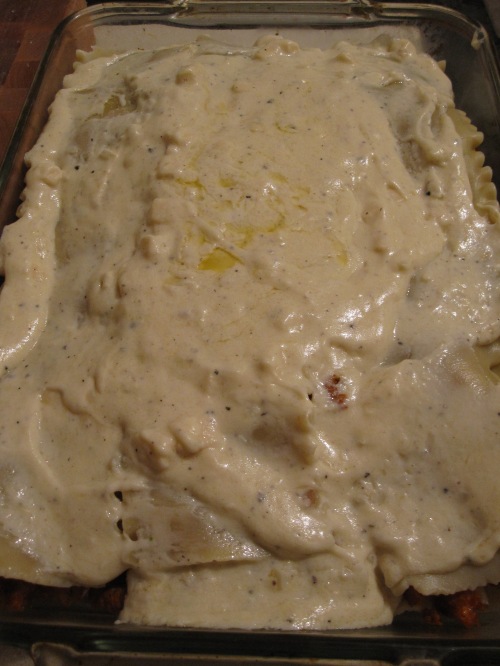 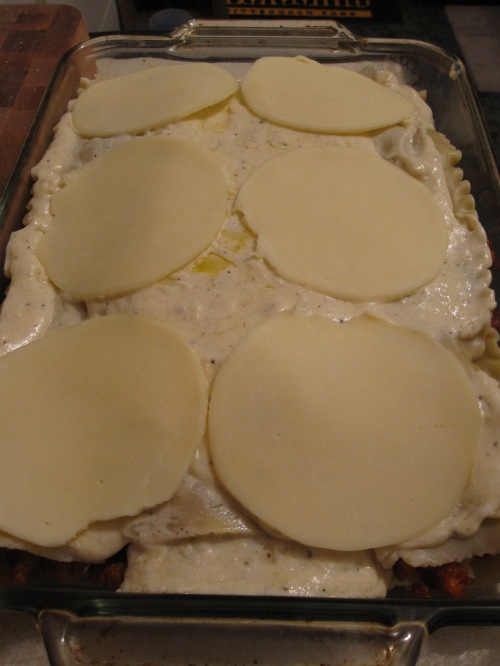 That was the basic lasagna.  Then I topped it with fresh sliced tomatoes and basil. 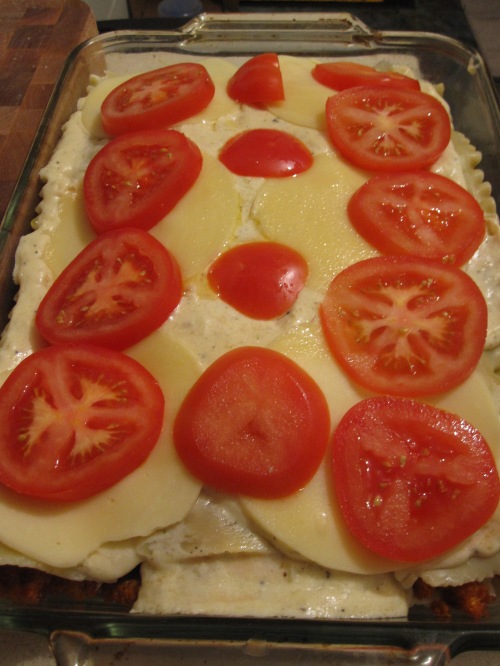 Then baked at 350 for about a half an hour which seems to be the standard time and temp for most dishes. 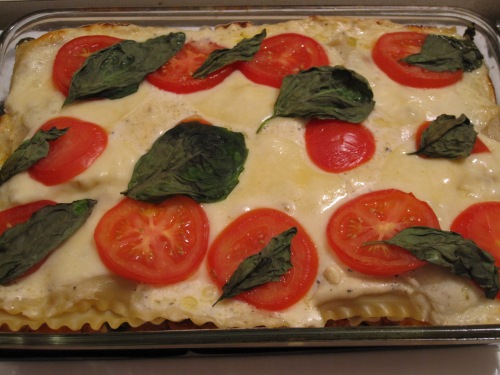 I wish I had gotten a picture of a sliced piece but it was just so good that I had to get at it right away.  There were so many fresh ingredients that made this so wonderful, but the sauce is really the star!