We have been on a roll with Bon Appetit recipes recently and this is an adaptation of one.  They have section where they recreate/figure out recipes from restaurants that readers request.  This was an adaptation of their version of Mahi-Mahi with Tomato, Pepper, and Caper Sauce from Cabana in West Palm Beach.

Pretty much the only difference between our version and theirs was the fish that we used, swordfish instead of mahi-mahi and we omitted the pimiento stuffed green olives (have tried, but just can’t do straight up olives).  It started with a marinade made from fresh blended garlic, oil, salt, and pepper before being seared once the sauce was ready.  Next the preparation of the sauce and veggie mixture that was the base of the meal (literally and figuratively).

It was a nice mixture of fresh ingredients that seemed beachy and summery, though made in Pittsburgh in February.  Thanks modern transportation and technology.  These were chopped and sauteed until soft. 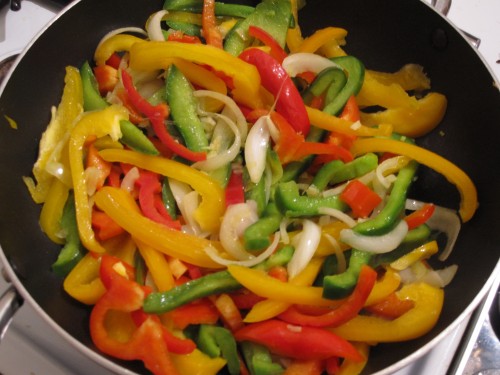 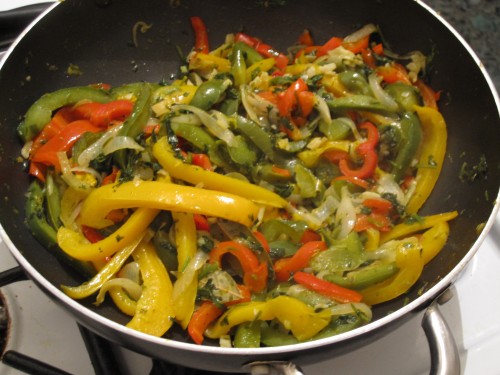 Add the crushed tomatoes and capers and saute for a last few minutes while pan searing the fish with the marinade still clinging.

I chose swordfish this time because it was on sale and literally half the price.  I am a big mahi-mahi fan too.  I would retry this in the summer and grill the fish instead.  Overall, very good and light.

One response to “Swordfish with Tomato, Pepper, and Caper Sauce”