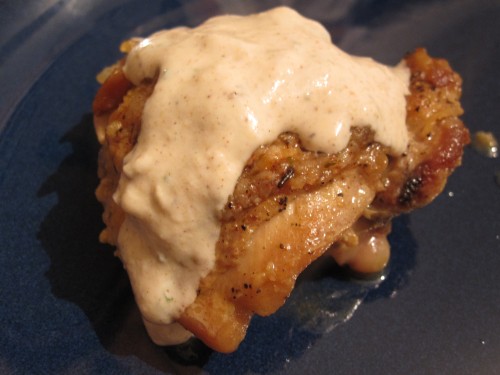 Thanks to my sis we now receive Bon Appetit magazine! This recipe comes from the January 2011 issue. I adapted it in a couple of ways. First, I nixed the pomegranate relish that was supposed to accompany it and secondly, I used chicken thighs instead of making kebobs with breast meat.  Once it’s grilling season I would love to make this again, this time by making the kebobs. The thighs came out great though too! 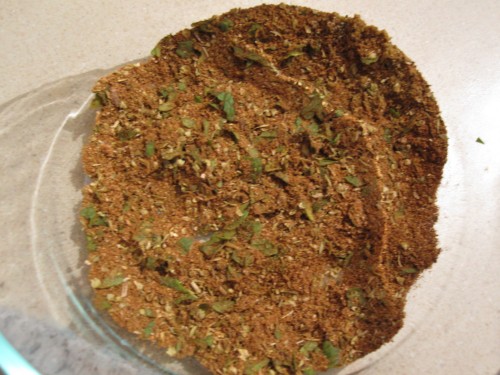 The first step to create this recipe is to make Baharat seasoning. It includes mint, oregano, cinnamon, coriander, cumin, nutmeg and freshly ground black pepper. Once you smell this you will know you are on your way to making a middle eastern dish. This spice mix is used in both the marinade for the chicken and the yogurt sauce.

To make the yogurt sauce mix the Baharat seasoning with lemon juice, garlic, tahini and yogurt. Tahini is a sesame seed paste that you can find in most supermarkets. The recipe called for plain whole milk Greek-style yogurt. I ended up using low-fat plain yogurt and it worked out great. So, it’s up to you what kind of yogurt you use. Pretty easy to make and it has a TON of flavor. It’s a great cool and creamy compliment to the chicken. 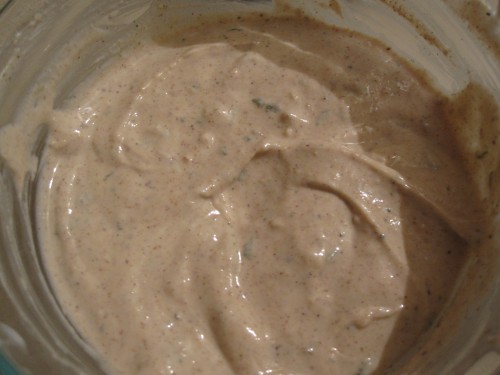 The recipe said you could make this up to 2 hours ahead but it kept much longer than this (at least 3 days) and actually got better with time as the flavors came together.

For the chicken, I created a marinade of grated onion, lemon juice, olive oil and the Baharat seasoning and let that sit for about an hour.

To cook the chicken, heat some olive oil in a large pan or dutch oven. 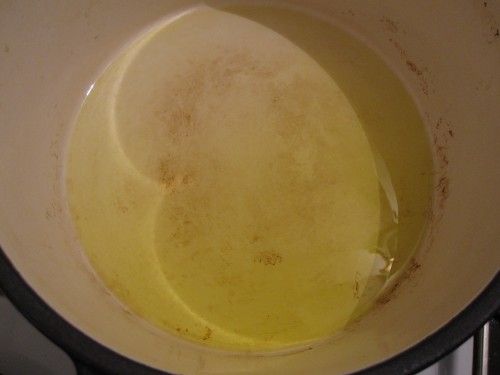 Sear the chicken thighs until golden brown and set aside until they are all seared. 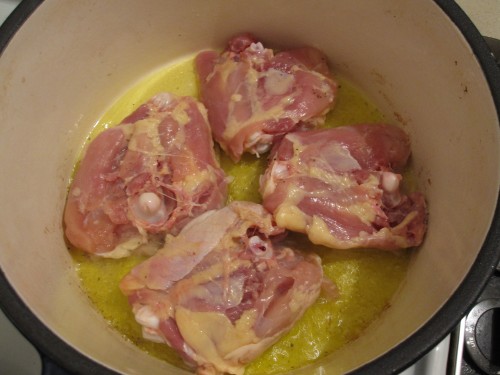 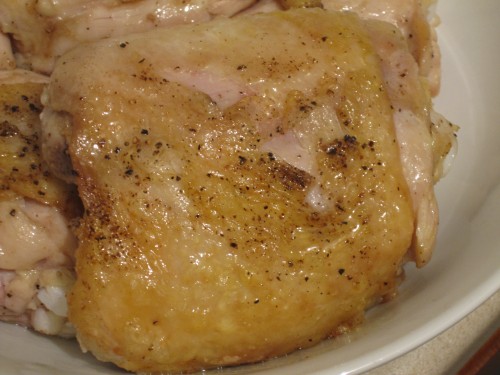 Return the chicken to the dutch oven or transfer to a baking dish. Cover with the remaining marinade and bake for 20-25 minutes or until cooked through. 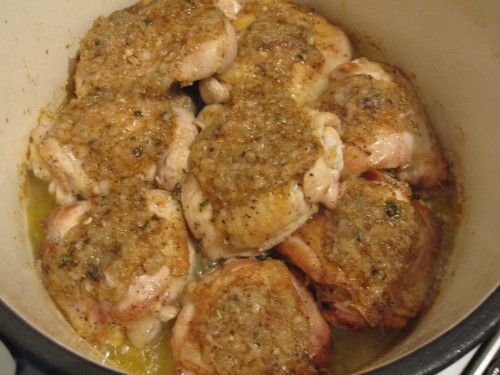 Serve with the yogurt sauce on top or as a dip (or both!). 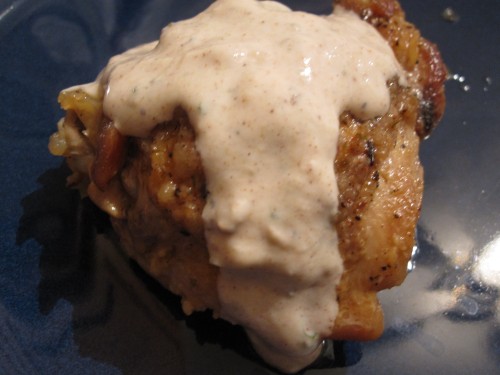 This dish had some pretty amazing flavors going on, which we were able to achieve with very few ingredients. We really liked it and I’m pretty sure we will be making it again, possibly with some grilled kebobs in the summer. The chicken thighs were also very delicious so it’s clearly a versatile recipe!