Sorry for the gap in posts.  Bizzy!  These are basically crab cakes (here is a Spicy Cilantro and Green Onion Crab Cake) with salmon instead.  A similar consistency, fairly similar taste, and a little cheaper than crab most of the time.  We had been having a lot of salmon because of a sale at Wholey’s and this was a good way to switch it up a bit and maximize the fish. 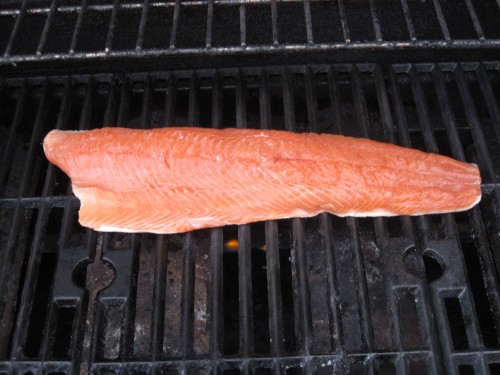 It started with this beauty of a piece of salmon.  This was a little over a pound though this picture makes it look huge.  Since the fish had skin on the bottom side and it is such a mess to try to take the flesh off of the skin when it is raw, I had this ingenious idea!  I got the grill really hot then put the fish skin side down, turned the flame off, and closed the lid for just 2-3 minutes.  This was just enough to cook the skin so that it easily separated from the meat which could then be chopped up, basically raw to form the cakes. 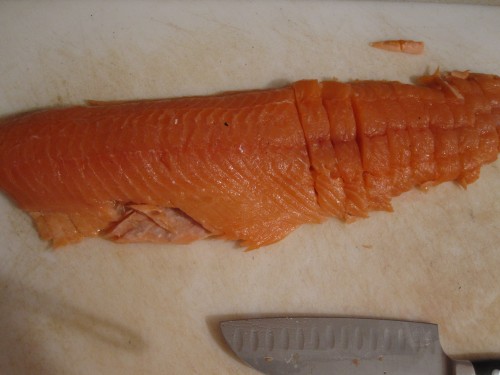 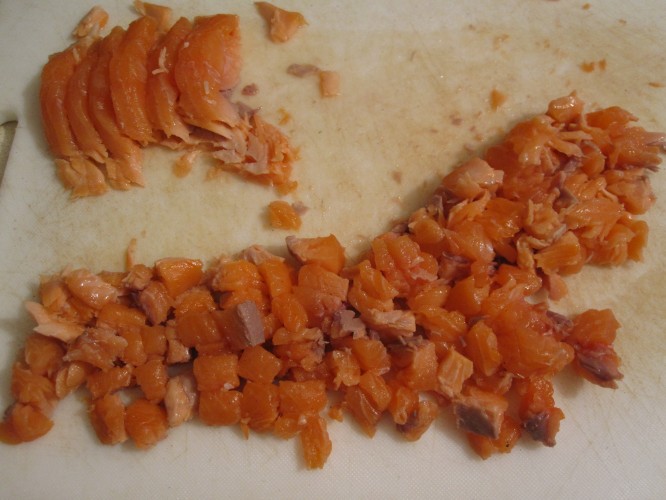 The bottom of the meat that was attached to the skin did cook a little bit, but it didn’t really matter and there was no messy wasted meat left on the skin.  The rest of the ingredients were microplaned ginger, green onions, and egg.  You could add breadcrumbs but we decided to go without them for a more pure taste and carb cutting and it worked out just fine.  The cakes had no problem staying firm and formed throughout. 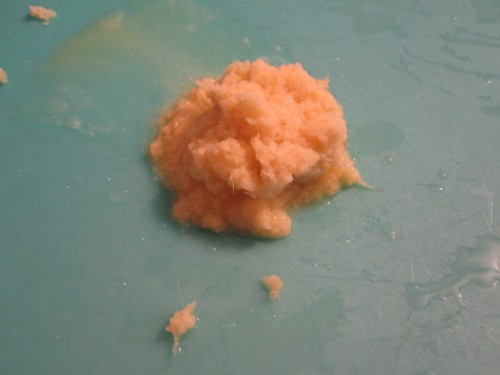 I then mixed this by hand and formed into 4 cakes or patties.

Then send them into a hot pan with a thin layer of oil.  There should be enough oil to cover the bottom and you could make it deeper for more of a fried texture all over but just a covering of the bottom is good enough for me.

Flip after about 4-5 minutes.  You could flip earlier for a pinker, rarer center but I like a browned crust on the outside.

Garnish with some lemon and serve!  We threw a few raw green onions on top too.