For the holidays and our first anniversary present my dad gave us a Staub cocotte. My dad is an avid at home chef as well and he did the research for himself and went with a Staub over Le Creuset and thus gifted us with one as well.

It’s a nice big one too!

He also gave us two cookbooks: All About Braising by Molly Stevens and Anthony Bourdain’s Les Halles Cookbook.  So, needless to say this pot has become quite the superstar in our house lately!

The first recipe I made was courtesy of the Molly Steven’s book: Zinfandel Pot Roast with Glazed Carrots & Fresh Sage. Not only was the recipe easy to follow but she also gives good advice on selecting the right cuts of meat, step by step instructions on how to tie it correctly, and even how to select good parsnips. I found the tips on meat selection to be especially helpful as I was sifting through the meat choices at the supermarket. She suggested some cuts and stressed the importance of not selecting others. It gets really confusing to me so that was really nice.

As she suggested, I went with boneless beef chuck. The cuts at the store were on the smaller side so I bought two of them. 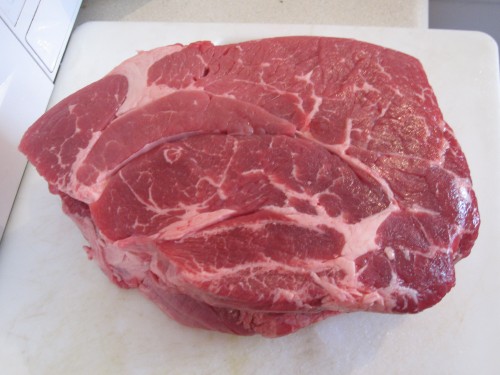 I knew we would be tying the roast up either way, so I figured two would work.

The first step is to brown the roast on all sides in hot oil. 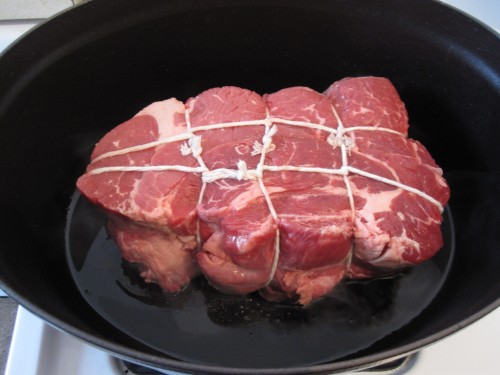 Remove the roast from the pot and set aside in a dish where the juices can collect.

Next, add the garlic, onion and carrots to the pot. The recipe also calls for celery, but Greg is not a fan so we omitted it.

Season with salt and pepper and cook them down a bit, until just starting to brown.

At this point, it’s time to add the braising liquid. Add the vino! The recipe obviously calls for a zinfandel. I didn’t have any on hand so I used a shiraz. 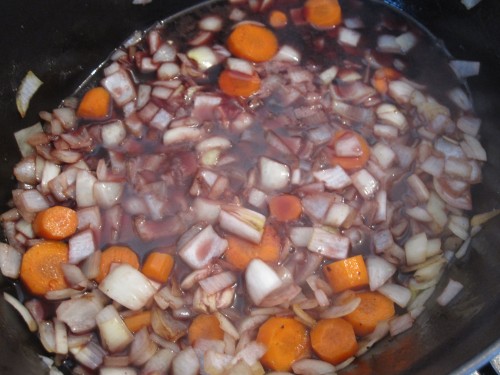 Scrape up the brown bits with a wooden spoon and let the liquid reduce by half (about 6 minutes). 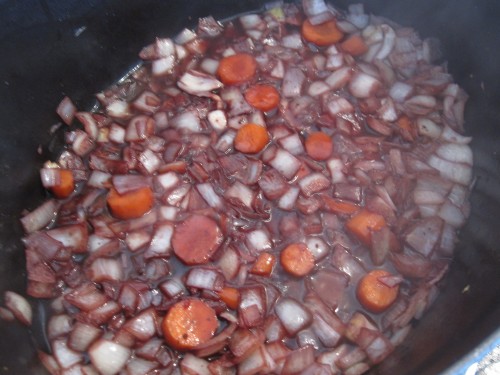 Next add the stock (chicken, beef or veal).

Now return the meat to the pot and add the herbs and peppercorns. 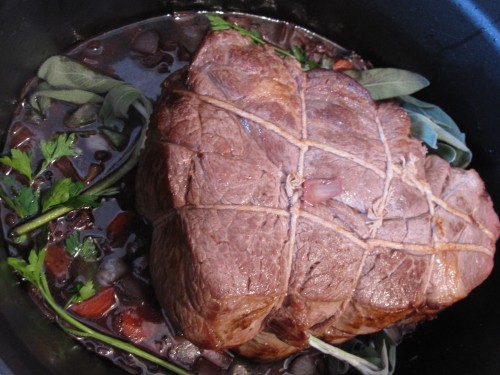 Cover the pot and let it cook for about 3 hours on low heat in the oven.

While the beef braises you can prepare the garnish. Cut the carrots and parsnips, which are optional but awesome, into sticks about 3 inches by 1/2 inch.

After three hours, remove the pot from the oven.

Lift the beef out and place on a carving platter. Strain the cooking liquid, pressing down on the solids to extract the juices. Pour the liquid into a saucepan and let it settle. Skim as much fat off as is possible. Measure out 1/2 cup of the juices for glazing the carrots.

Heat oil and butter in a large skillet and add the carrots and parsnips. 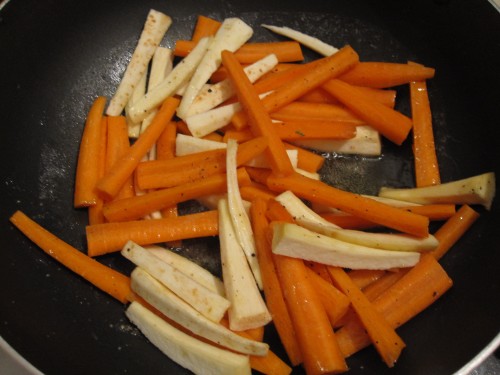 Add the 1/2 cup of braising liquid and cover about half way. 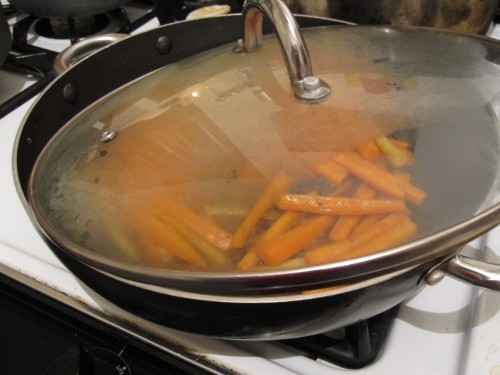 After a few minutes, add the vinegar, sugar, and fresh herbs. 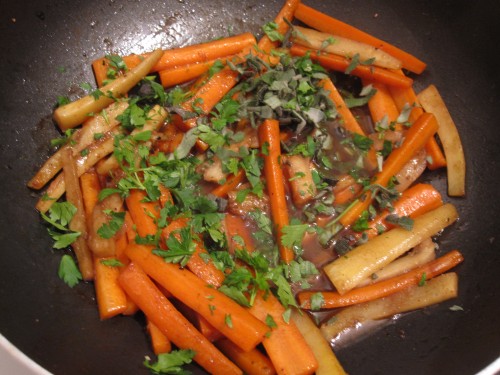 I don’t think I had ever had parsnips prior to this and I loved them! They taste very similar to carrots- but a little less sweet.

The final step is to reduce the leftover braising liquid to concentrate the flavors. Slice the meat and serve with the juices and glazed carrots. We also had mashed potatoes with this. 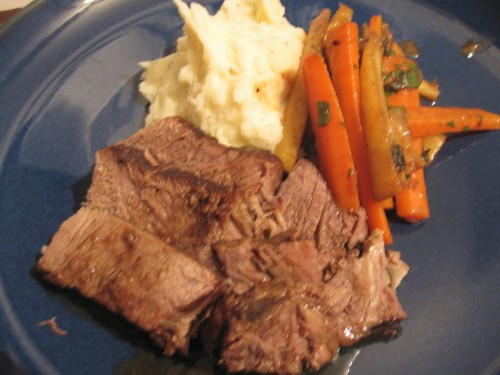 This dish takes several hours to create and there are a lot of steps. Nothing is difficult, it just takes a bit of a cooking commitment. Perfect for a Sunday at home.

Here is a link to the recipe.