We are big fans of roasted cauliflower so when I saw this recipe for ‘bacon-flower soup‘ on Aarti’s blog I was instantly intrigued. Aarti won the show- “Next Food Network Star” and she is a food blogger in addition to being a TV chef nowadays. Pretty cool. This was the first recipe of her’s I’ve tried. Overall it went well despite having to google what a “rasher of bacon” was. Other than that though it was very easy to follow and the soup was good. Very interesting flavors all around.

Needless to say there’s cauliflower in this dish… and lot’s of it. 2 heads of cauliflower cut into 1 inch florets = two overstuffed baking sheets. Cutting cauliflower is probably one of my least favorite things to do. It’s tedious and seemingly never ending at times. However, the outcome is worth it.

Begin by roasting the cauliflower until it looks like this (about 30 minutes at 425 degrees). 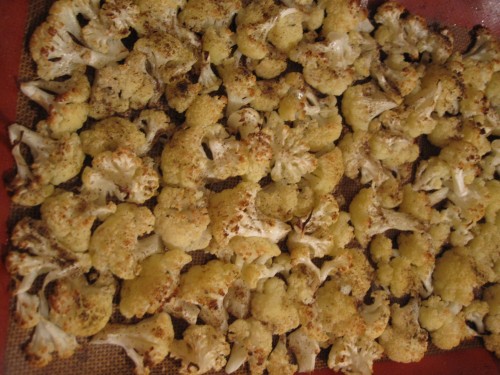 While the cauliflower is roasting, cook up your “rashers”, or strips, of bacon, dicing them before hand. Cook until the fat is rendered and remove those little nuggets of gold for the topping. 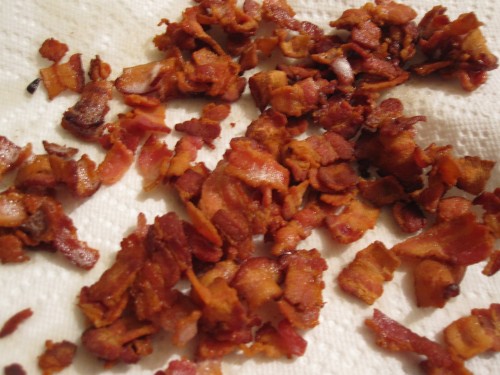 Cook up some onion and garlic in the wonderful bacon fat. Mmm hmm. 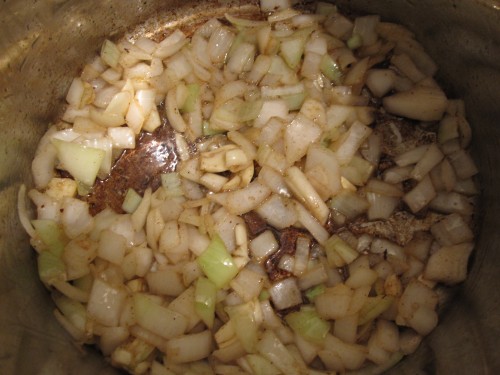 After cooking the onions for about 5 minutes, add the cauliflower and some chicken broth.

This cooks for about 5 minutes and then it’s time to blend. We (sadly) don’t have an immersion blender so I had to go old school and use the regular old stand blender. Blend until smooth and top with bacon.

and a few pieces of the cauliflower

This soup had a ton of cauliflower flavor, which is a flavor most of us are not used to. It was rich and delicious and creamy despite not having any cream in it at all. We ate it as an entree soup with side salads. Very memorable and delicious!