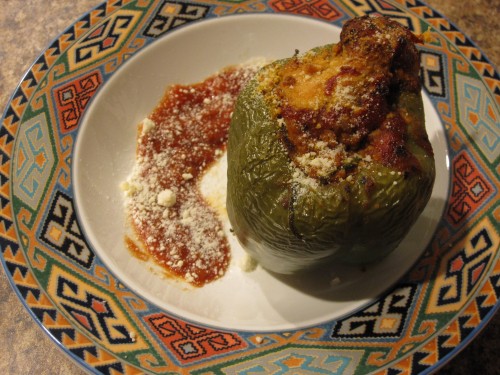 The other night we made stuffed peppers for dinner and again, this is really one of those meals that you can make unique to your tastes. We used green peppers, but if you prefer sweeter red peppers or even yellow, orange or purple peppers, by all means. We also used ground veal in our peppers, but most people would probably opt for beef (bison, chicken or turkey meat would be even lower in fat) for example. I’m not sure what inspired the use of veal, but sometimes you just want something different.

I have to give Greg all the credit here on this dish- he created it and made it while I was still at work. I love coming home to a dinner cooking in the oven 🙂

Like I said, he used ground veal. He browned it and set it aside. Later, adding some freshly grated parmesan. 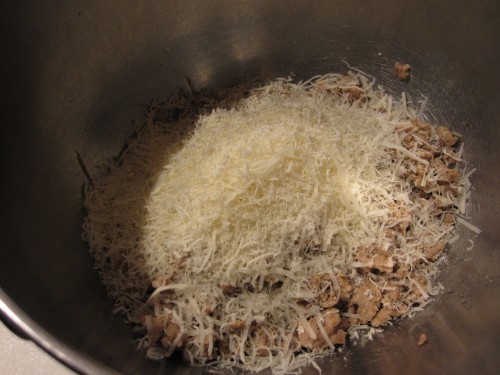 To add some sustenance he also added some freshly sauteed onions and spinach and a little tomato sauce. Many recipes call for other fillers, such as rice or breadcrumbs, but he omitted that and honestly, it was not missed! 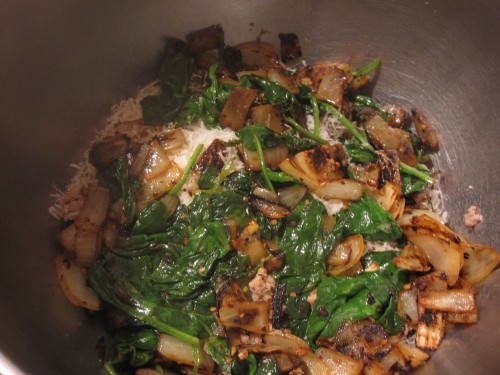 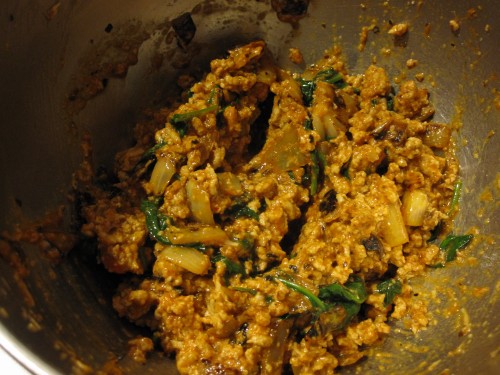 Then it was time to stuff the peppers, which he cored out nicely.

He baked them for about 40 minutes. 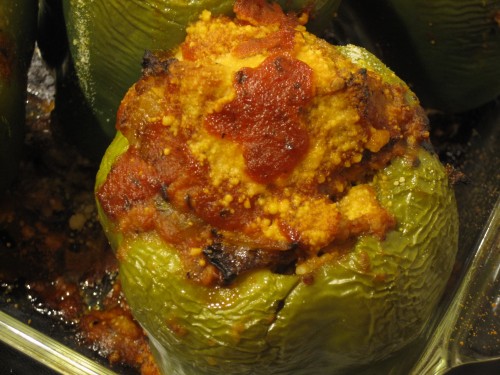 Though the skins were nice and wrinkly, the peppers were still quite firm. I would recommend a little longer in the oven, maybe 50-60 minutes if you prefer them more tender.

All in all, it was a good wholesome dinner!

One response to “Stuffed Peppers”