So my last venture into the world of dessert making was rather unsuccessful 😦 However, I remained determined and think I might have nailed down a great tiramisu recipe! Although I followed a similar recipe to last time, it just looked better at each step. I also added homemade whipped cream which helped a lot in terms of getting that “fluffy” filling that I have come to expect in my tiramisu!

I started off by beating the egg yolks for several minutes until they were lemony yellow and thick. I then continued to beat them over a double boiler for almost ten minutes.  After that, I let them cool for a few minutes and then added the marscapone… already looking much thicker than last time! 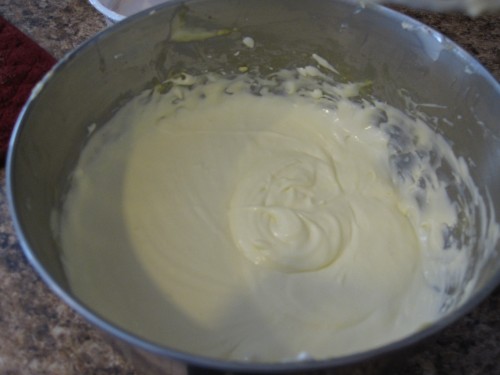 I then whipped heavy cream (1st time doing this!)

Then combined the two.

I got my station all set up here. 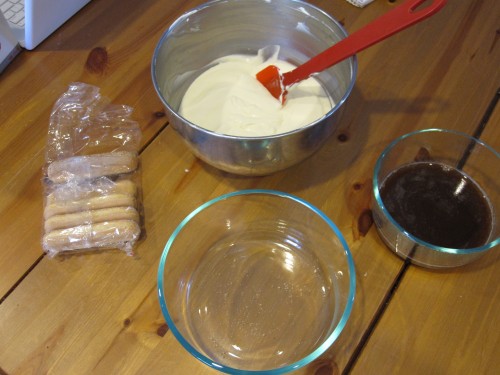 I used a smaller, but taller dish this time.

topped with half of the cheese/whipped cream mixture 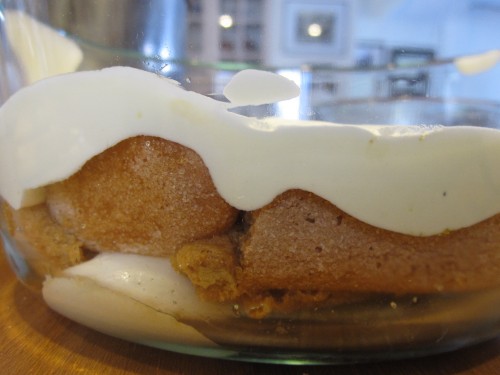 the view from the top 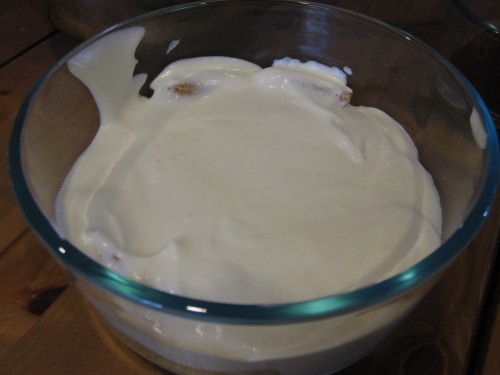 I then just repeated with another layer of dipped lady fingers and the remaining cheese/cream mixture.

After several hours in the fridge and a chocolate dusting it was ready to eat!

It was still a little soupy when it was time for serving, but we weren’t too interested in waiting any longer 🙂 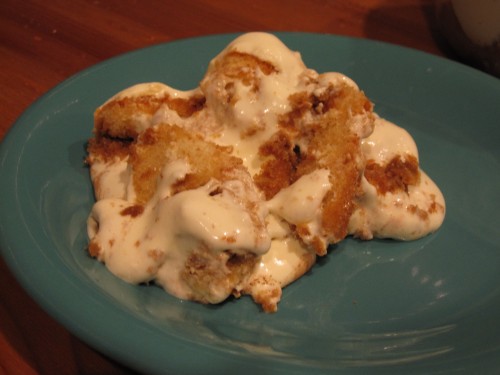 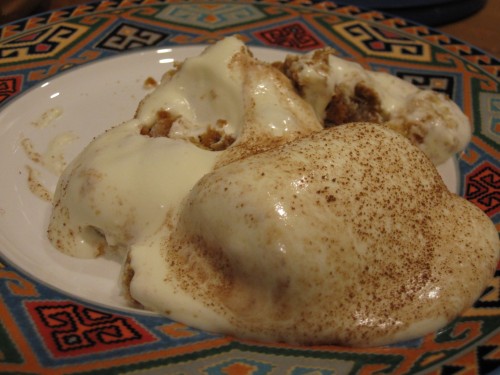 After a couple of days in the fridge it held together much nicer…I would suggest refrigerating it overnight before serving to guests. If the way it looks is not important to you, then no need to wait!

Overall, I was much more happy with the way it turned out this time than last. I still learned some more things this time around (like I probably could have whipped the cream a little more) and that will make the next one even better.  I still have more lady fingers, so attempt #3 should be pretty soon…