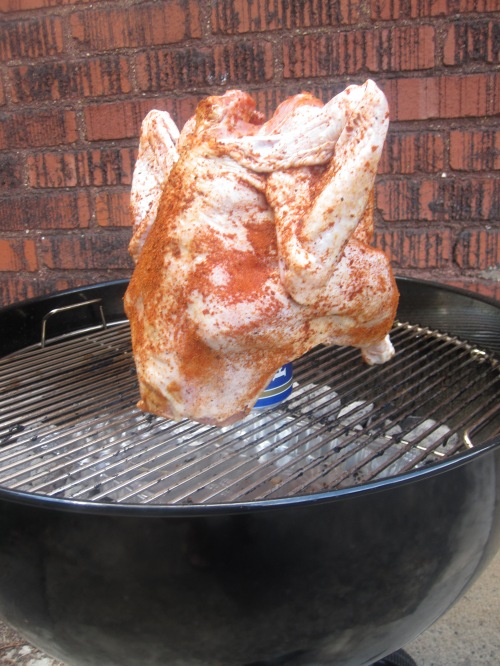 Ever heard of beer can chicken?  Well, this is beer can turkey.  I have been slow grilling a lot recently and am trying to make the most of the ending summer 😦  I had never heard of this and wanted to give it a try.  Whereas a standard 12 oz can works well for a chicken, I used a Fosters “oil can” which is 25.4 ounces.

First with the grill.  This time I started the charcoal and once it was ashed over, pushed it all to the outer edges to make a ring. 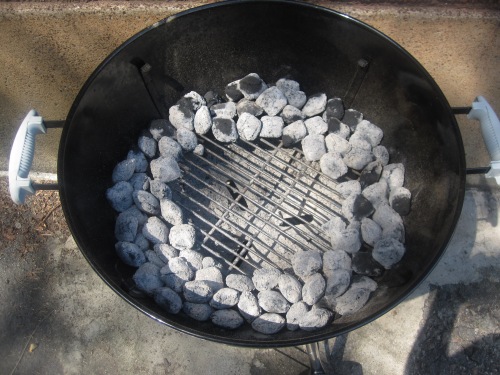 While the coals were heating up, I prepared the turkey and the can.  I covered the turkey with a store bought rotisserie chicken rub.  Leave about half of the beer in the can, with the other half you figure it out.  Once it was magically half empty, I removed the top with a can opener.  This worked really well and there were no sharp edges.  I then added bay leaves, garlic, and rosemary to the beer.

With the bay leaves and spices

Now the grill, turkey, and can were ready.  I placed the can on the grill and lowered the turkey down onto it and pushed it down a bit to make sure that it was stable. 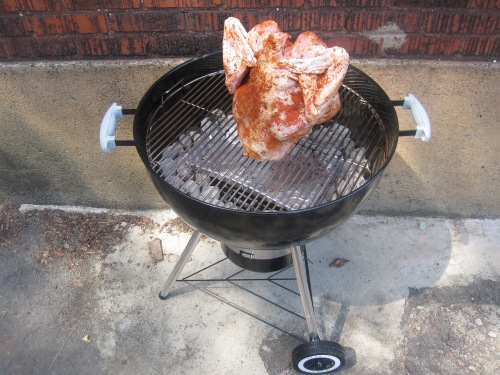 Now for the cooking.  I thought that this might be a problem and it was.  The turkey was too tall to close the lid all of the way, so I quickly Macgyvered a contraption by using two bricks on the handles for the lid to rest on. 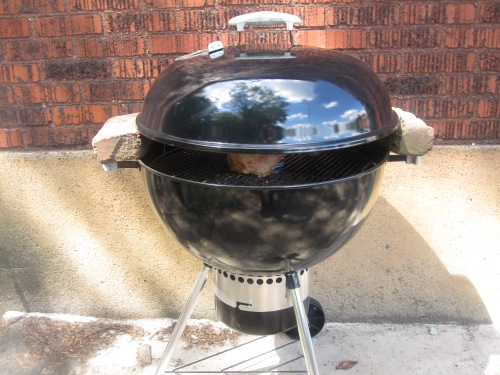 I was concerned about the heat loss from the semi open lid but it was not a factor and the bird cooked much quicker than I thought it would.  The whole 12 lb turkey was finished in about 2-2.5 hours.

Towards the end of the turkey, I prepared the mashed potatoes by boiling them and then sauteing the aromatics.

Once they were tender, add the potatoes and milk and whip with an electric mixer.

It turned out to be great dinner! 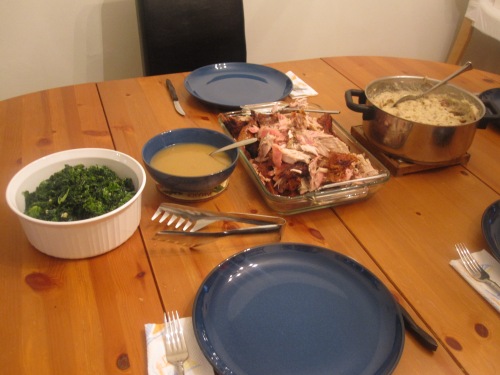