If you haven’t noticed we’ve been on a bit of a pumpkin kick lately and originally the idea for this dish was to make a pumpkin stuffing. Well, a butternut squash arrived in our CSA and one thing lead to the next and here we are. I had never cooked with butternut squash before and I was up for the challenge. I decided to work off the recipe I used the one other time I’ve made stuffing from scratch and developed a tasty recipe!

Begin by cutting up bread into 1″ cubes.

Next, peel the butternut squash and cut into similar sized cubes.

I wasn’t sure if the squash would be tender enough just by cooking it in the bird/oven so I sauteed it with some onion for about 8 minutes.

Once that cooked, I added it to the bread cubes and some fresh parsley.

Once that was all mixed together, I added about 1/2 cup chicken broth, covered it and set it aside.

Then I focused on the chicken. I braised the chicken by closely following the Molly Steven’s recipe I used to make braised chicken previously.

Begin by cooking down some onion and carrot (and celery if you’re into that) in some chicken fat or oil. Cook for about 6-8 minutes and then add the wing tips, neck, heart, and gizzards. Sounds gross but they add a ton of flavor. You will remove these before serving, no worries. 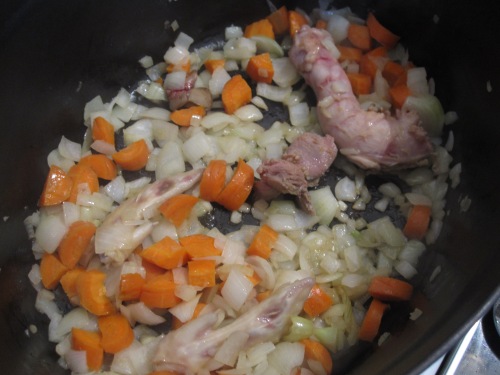 Let those cook for a few minutes and then add bay leaves, lemon peel, thyme and white wine. 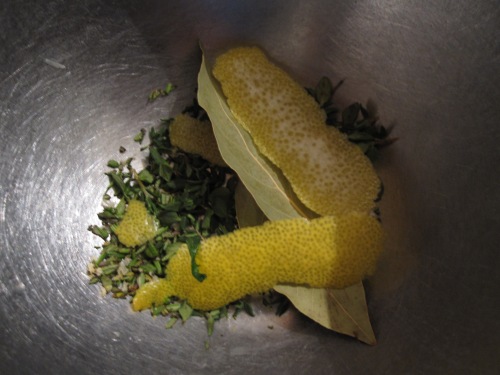 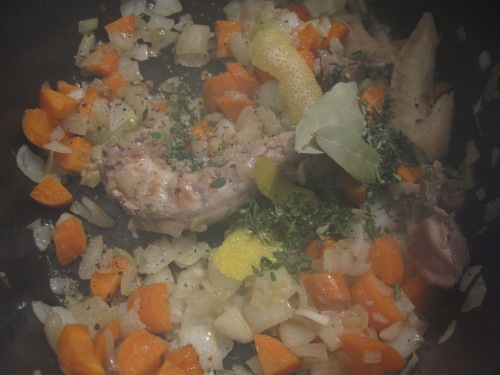 Truss the chicken, season with salt and pepper, and stuff it with the butternut squash/bread mixture. Place it into the pot along with some chicken stock. 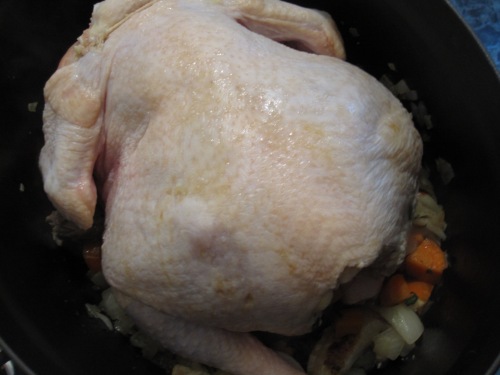 Cover with parchment and place in the oven for nearly 2 hours. 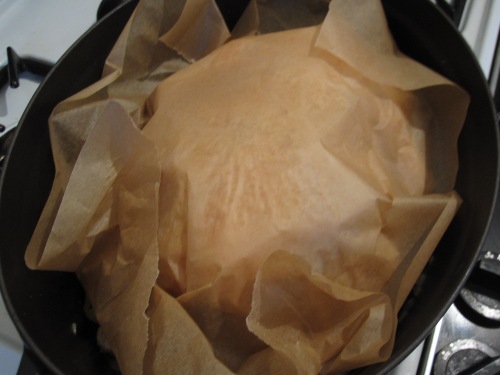 Once the chicken reaches 170 degrees, take it out of the braising pot and place on a rack.

Now it is time to make the (delicious) gravy. From the braising liquid, remove the bones, gizzards, heart, bay leaves and lemon peels. Add the remaining liquid and mushy vegetables to the blender.

and pour into a small sauce pot. Add half n half and cook down to your desired consistency. 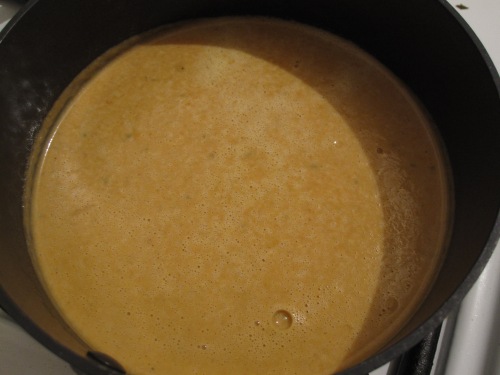 Meanwhile, cook the remaining stuffing and place the chicken back in the oven on the rack so the skin can get nice, golden brown. 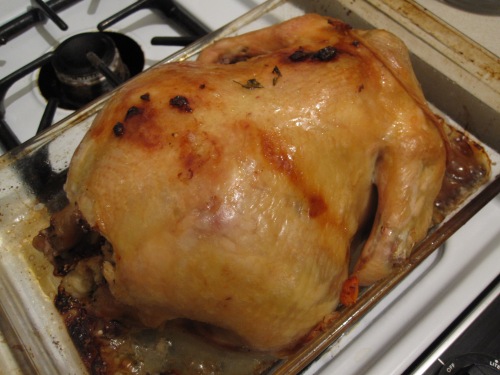 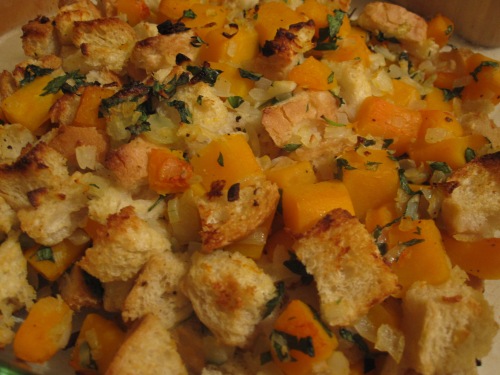 Cut up your chicken and serve with the stuffing. Make sure to pour generous amounts of gravy all over it 🙂

Another winner, this was such a comforting and delicious Sunday dinner. Hope you enjoy this one sometime this fall/winter.