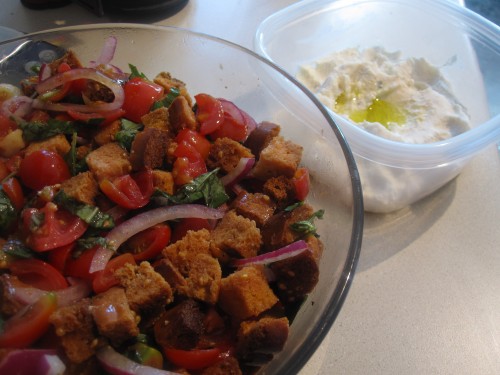 Greg and I were invited to a family BBQ and knew we wanted to bring something good for a side dish. We remembered a great dish that Ash brought over one time, tomato panzanella salad, and decided it would be the perfect thing to make. You can find the recipe here on Ash’s site (I didn’t alter it much as you will see).

We bought the tomatoes at a local farmer’s market. Obviously for this dish the quality of the tomatoes can make or break it. I was so happy to get these tomatoes. As imperfect as they look, they tasted great! 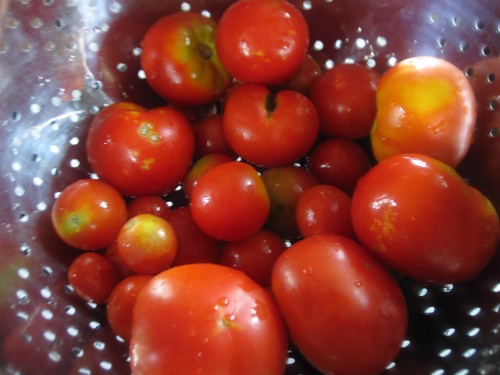 I cut the tomatoes and added some thinly sliced red onion. I actually completed this step the night before the BBQ, as I knew I would be facing some time restrictions the following day. 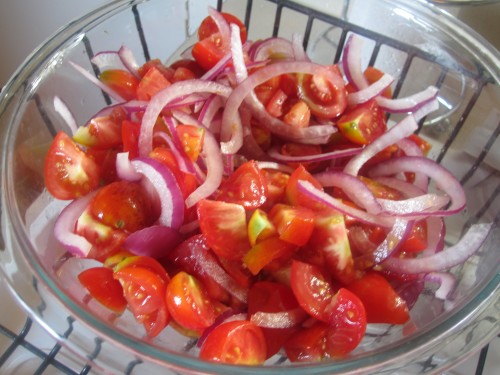 Similar to the importance of using good tomatoes for this dish, the quality of the bread is also something to be mindful of. We picked up a french baguette from our favorite place on Earth, Pittsburgh’s strip district (wahoo!), the day before the BBQ. On the day of the BBQ I cut the bread into bite-sized cubes (slightly larger than croutons) and baked them for 20 minutes. 20 minutes was about 2-3 minutes too long and some of the pieces were a little too baked for my liking. I recommend keeping an eye on them after the 15 minute mark. 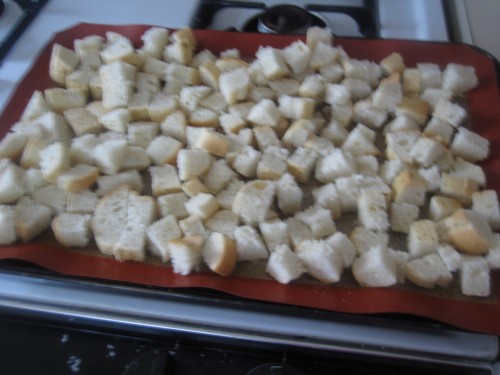 Sorry for the blurry pic! You can get a sense of the size though.

While the bread was baking I assembled the rest of the dish by adding fresh basil, olive oil, red wine vinegar, and salt and pepper to the tomatoes and red onion. 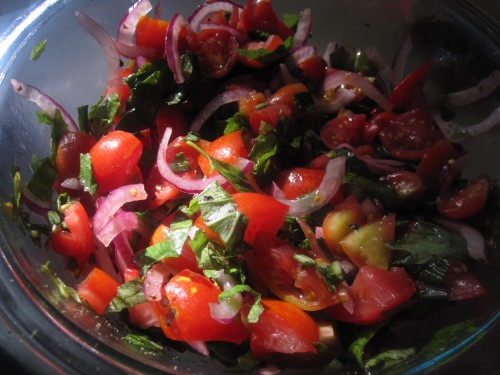 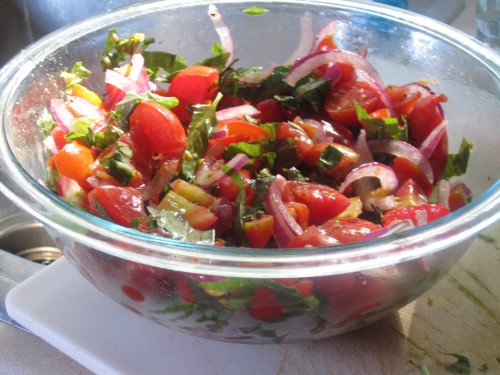 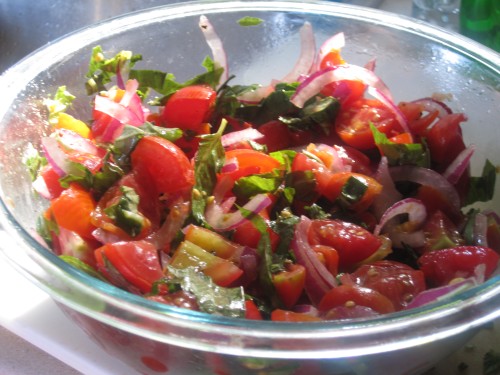 I just love all the colors in this dish!

Once the bread is done baking it gets added to the salad. You want it to absorb moisture from the dressing and tomatoes while still maintaining some of it’s crunch. 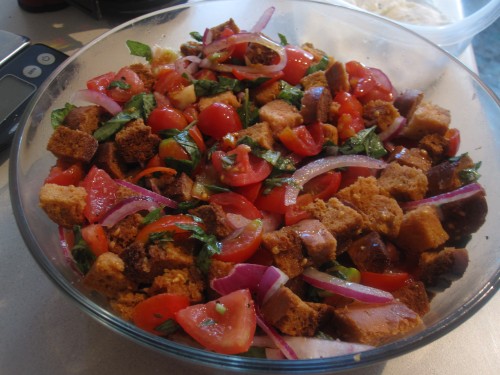 The final step in making this salad is to top it with ricotta cheese and a little olive oil. Since we were transporting this dish to another house I felt it would be best to keep the ricotta and olive oil in a separate container prior to serving. Before dinner was served the ricotta was placed on top of the salad. 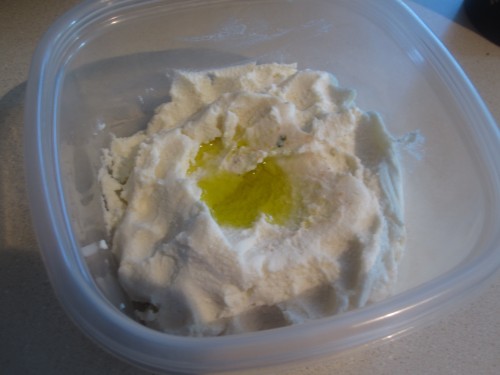 Overall, this was a true crowd pleaser! I received several compliments on the dish and answered some questions about it too. People seemed to really enjoy it and want to recreate it themselves.

Take advantage of the Summer tomatoes while they last! Hope you like this one.